The end is near, but don’t shed a tear! Here is the fifth and final post in our multi-part series highlighting common clinical dental terms that you may learn about or hear during your visit in an effort to help further your patient education. Though it’s last, it’s certainly not least – and as usual, we encourage you to send us a message if you notice that we’re missing a particular dental term that you’re interested in or curious about! 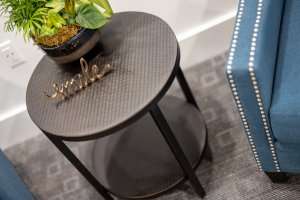 Sealant: This is a resinous material designed to be applied to the occlusal surfaces of posterior teeth to prevent tooth decay; occlusal is the term used to describe the way teeth meet when the upper and lower jaws come together.

Site: This is used to describe an isolated, or single, area or position within the mouth.

Stomatitis: You may hear this term if there is inflammation in the tissue in your mouth.

Suture: A fancy word for stitch, which helps to repair an incision or a wound.

Temporomandibular Joint (TMJ): A complex hinge that joins the lower jaw & skull together. It works much like a ball & socket, but boasts the unique ability to glide forward via muscles, ligaments and fibrous tissues.

Temporomandibular Joint Dysfunction (TMD or TMJD): A condition that involves the joints, muscles, nerves and teeth involved with jaw movement. It could be related to one or all components noted above. If these components are not working in sync or the chewing system is not properly aligned, then the result may be uncomfortable and/or painful symptoms.

Unerupted: This refers to teeth that have not yet penetrated the oral cavity; you may often hear this term in regard to wisdom teeth.

Unilateral: Simply put, this means one-sided; often heard when discussing a maintainer, which is a device used to preserve space on just one side of the mouth.

Veneer: A thin covering that replaces just the front of the tooth, which makes it less invasive than a crown; veneers generally look like natural teeth. Do note that they’re extremely delicate, so the decision to use veneers should be considered very carefully.

Waiting Period: The period of time that an insurance policy mandates you must wait to get coverage for certain procedures; this waiting can vary from policy to policy.

Wax Pattern: Wax that has been formed around and on a tooth to make a cast for it; it is typically used when a cap or crown is needed to cover an existing tooth.

X-ray: An image or picture produced on a radiation sensitive film, phosphorous plate, emulsion or digital sensor by exposure to ionizing radiation.

Yeast: A general term for fungus; in dentistry, yeast is responsible for what is known as oral thrush. When it is overly abundant, it creates visible plaques that resemble cottage cheese on the tongue, inner cheek, throat, roof of mouth, tonsils, and gums. This primarily affects infants, denture wearers, and people with lowered immunity.

Zygomatic Bone: More commonly known as the cheekbone, this is the quadrangular bone on either side of the face that forms the cheek prominence. A zygomatic implant is intended to replace teeth in the upper jaw.

We hope you’ve learned something by scanning through the five posts in our dental terms glossary series – thank you for reading!