We do our best to accommodate all dental appointment requests, including dental emergencies. That being said, there may be times where you need a soothing remedy more quickly than you can walk through our doors.

Here’s a look at a variety of healing remedies for different circumstances of dental pain that have withstood the test of time. This post is essentially providing a glimpse into what people in earlier times used to relieve dental pain, and not something that we’re stating you should try! You should always consult with your dentist regarding any dental pain or oral health concerns. 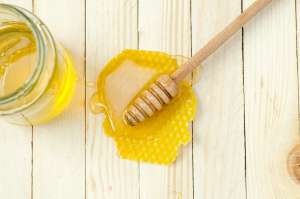 Honey is a popular antimicrobial; its inherent peroxide can help to heal wounds inside and outside of the mouth. It can also act as a barrier, which makes it a mechanism for infection prevention. When used as a salve, honey can help to heal canker sores or minor tongue and gum sores. Have you ever heard of myrrh? It boasts astringent properties that can help with inflammation and reducing bacteria. It was used by ancient ​​Chinese, Egyptian, Arab, and African people to heal the mouth.

If you’ve ever had one, then you know that a throbbing toothache can be extremely painful, a very intense form of dental pain. In ancient times, local plants were recognized for their medicinal properties. Nomadic Arab tribes, for example, knew about 17 plants that would help to heal a toothache. More specifically, ancient Greeks and Romans used thyme to topically relieve mouth and dental pain. Additionally, garlic paste has been used for centuries to relieve pain from toothaches. Ginger, chamomile tea, anise seeds, clove, sage and cayenne pepper all boast properties that have been used to heal toothaches over time.

From witch hazel to acupressure, there are a number of ancient remedies that have been used to control facets of dental pain like swelling and bleeding. Indigenous people introduced witch hazel to early settlers of the United States; one of these techniques was to soak a cloth in witch-hazel tea to reduce mouth swelling and control bleeding after extractions. Ancient Chinese people used the practice of acupressure to stop bleeding in gums. This was achieved by applying pressure to the Hoku point (the web-like area found between your index finger and thumb), which was said to stop bleeding in the body, including the mouth.

The longer that plaque and tartar remain on your teeth, the more they irritate the gingiva, which is the part of your gum around the base of your teeth. This will inevitably cause inflammation, which means your gums become swollen and bleed easily. It can also lead to tooth decay. Blueberries boast medicinal properties and are still used in Europe today to create a mouthwash that can help with gum inflammation. What do mint tea and egg yolk have in common? Healing inflamed gums, of course! Greek culture has traditionally used mint tea as a safeguard against sensitive gums while the Dutch have relied on a gauze-soaked mixture of egg yolk, olive oil and sugar to relieve sore gums.

Have you heard of or used any of these remedies to relieve dental pain? As always, our recommendation is to contact a dentist or medical professional with any dental pain or overall body pain – we’re always available to assist, so don’t hesitate to reach out!

5 Surprising Things Your Teeth Can Reveal About Your Health

A Brief History of Dentistry
Scroll to top